Help! My elder is on an antidepressant and now can’t get off it. 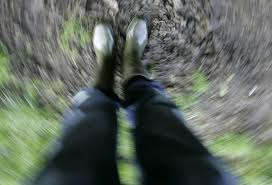 Recently, I corresponded with a woman who told me this story:

“My husband was given Paxil and Nexium for stomach and stress problems about 15 years ago. The Paxil affected his libido and he said it also make him “feel stupid,” like his brain was fuzzy. Then, several years later, he started forgetting things, not just where his keys were, but conversations we had had, or things we had done.

“I did a little research and found that Paxil is not recommended for older people because it can cause memory loss.

“My husband spent two years tapering off the Paxil. Each time the dosage decrease, he would become moody and depressed for three to five days. He complained of what he called “brain zaps,” an inability to concentrate or to get any work done. During those times, he was completely unavailable, both at work and at home.

“My husband says he never would have started on Paxil if he had known how awful things could be, or how difficult it would be to discontinue the medication. I’m still annoyed at our original doctor because he didn’t ask about how hard my husband was working (50-60 hours/week) or whether he took vacations without working (never) or whether he was exercising (he wasn’t)”

Here is one bit of advice to all patients and their families: Know thy pills. On the ElderConsult website, I have written in plain English about the many, many medications that are prescribed to patients with dementia.

For some patients, antidepressants can be life-changing, in a positive way. But these are strong medications, and they all can have serious side effects. Antidepressants may cause insomnia (common with Prozac, Wellbutrin and Effexor). Antidepressants may also cause sedation, or weight loss, or diarrhea. When you start treating all these side effects, you often end up with a cascade of pills and it becomes difficult to parse out where one problem ends and another begins. I’m not saying that antidepressants aren’t useful, only that they should be used carefully. I would recommend doing a lot of research and reflecting before starting on these medications.

The most crucial step is to identify the depression. With elders, the Geriatric Depression Scale (GDS), is a good place to start. The GDS asks 30 yes-no questions that can be scored to give a preliminary idea of the patient’s state of mind. Some elders who have more advanced dementia may not be able to answer these questions. In those cases, severe anxiety, irritability or anger may signal underlying depression. A person with advanced dementia may not express sadness, but may still benefit from treatment with the correct antidepressants.

Take a look at our medications section, and then consult your doctor, of course.

Board Certified in Geriatrics, Internal and Palliative Medicine