Trump Gets Perfect Score on Dementia Testing, Too Bad it’s Not the Right Test 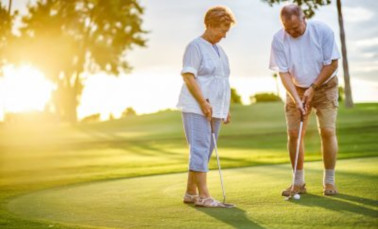 As everyone now knows, President Trump went in for his official, annual medical exam, which included a test of his “capacity,” that is, a measure of his intellectual ability to manage his affairs (and by inference, the country’s). Of course, there has been a flurry of Internet commentary on the results of this test, and also upon whether the president really weighs 239 pounds, as his medical report claimed.

“Body Mass Index,” or BMI, is widely misunderstood and misused. And, as a geriatrician doing house calls, I’ve observed that the popular understanding of decision-making “capacity” isn’t really much better.

I am happy that our president got a perfect score of 30 out of 30 on his cognitive screen, the Montreal Cognitive Assessment, or MoCA, a tool commonly used to identify mild cognitive impairment.

However, passing this test means less than most people think. At all levels of our society, I find that the popular understanding of decision-making “capacity” is not nearly adequate for the silver tsunami of elders in the pipeline. MoCA, and other tests used to judge capacity, only roughly approximate an elder’s fitness to manage his or her life. These tests often fail to catch the nuances that can mean the difference between an elder getting the care they need rather than being swindled out of their life savings.

Many doctors do not understand the shortcomings of these tests, nor do they appreciate the complicated patterns of brain changes in aging. I have also found this to be true of many lawyers, judges and financial advisors.

You may like our president, or you may not. That is not the point of this post. The point is that correctly answering the 30 questions of the MoCA test is a woefully inadequate way to determine whether the president, or any elder, can weigh risks and benefits well enough to direct his own medical and financial affairs.

Another common test used to screen elders is the Mini Mental State Exam, or MMSE. This is the test that families often invoke when they say things like, “Well, grandma knows the date and who the president is, so she must be OK.”

The Internal Medicine Review Board books state that scoring more than 24 on the 30-point MMSE means no dementia, while a lower score diagnoses dementia.

This is not correct. The functions measured by the MMSE include orientation, knowing the date and the place. Other questions ask elders to remember three words said a few minutes earlier, or to draw a design, follow a 3-step process, or write a sentence, or count down from 100 by sevens.

Of course, when people cannot answer these questions, they may indeed have dementia. But when elders correctly answer the MMSE or the MoCA questions, that does not automatically prove that they’re well enough mentally to run their lives. These tests do not measure abstract reasoning. They do not test higher math skills. Yes, drawing a design is not always easy, but being able to do this doesn’t mean you can correctly do your taxes or analyze an investment plan.

If we take the MMSE or the MoCA as the gold standard for decision-making capacity, we are leaving thousands, if not millions, of elders vulnerable. These brief tests can miss subtle deficiencies in capacity. That’s why there are so many would-be swindlers on the phone and the Internet trying to talk elders into questionable financial plans. Criminals diagnose dementia earlier than doctors. Or why long-lost relatives often resurface to take advantage of a wealthy elder.

This is a serious issue: When we’re judging someone’s “capacity,” we are contemplating taking away their right to make their own decisions. If we are looking at taking away independence of self-determination, we owe it to each individual to do the evaluation that most fully demonstrates their abilities.

We need to remember that many medications such as tranquilizers and anticholinergics, even over-the-counter medications like Tylenol PM can impair an elder’s cognition, as can alcohol and THC, the active ingredient in marijuana. Elders should be free of these substances before testing. They should also be tested when they’re at their most alert, usually in the morning or midday. We should take a medical history: If an elder has just been in the ER for pneumonia, or has diabetes and a regimen of six different drugs, that can affect the test results.

A quick test that I often use is to ask an elder to draw a clock with the time at ten minutes after eleven. This is more abstract than many of the questions in the MoCA or the MMSE tests, and it requires the elder to put the long hand and short hand in the correct places.

If a family still has doubts, I advise that the best gauge is full neuro-psychological testing. This is a battery of tests done by a neuro-psychologist with expertise in cognition and dementia. It can take as long as four hours and includes memory tests, reasoning, spatial understanding.

I have heard academics of medicine and law discount the need for the time and expense of neuropsychological testing, but it is far more accurate than the “gut feeling” about someone’s capacity. It gives a far more detailed picture than either MoCA or MMSE.

If a person’s self-determination, or a country’s, hangs in the balance, it seems a small price to pay.