I’ve Tried Everything, But My Elder Is Still Out of Control 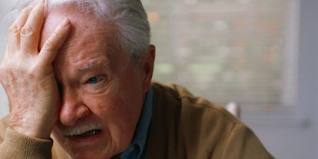 Recently, I corresponded on-line with a woman named Denise. Denise was at the end of her rope. She was caring for her parents in her home. She tried to take their dementia into account at all times. She tried to make sure that she met their needs, both physical and psychological. She tried to provide interesting activities that her Mom and Dad could handle.
Yet still, Denise’s parents acted out. They got angry for no reason and tried to hit. They became paranoid, convinced that Denise was stealing from them. They balked at everyday hygiene, like brushing teeth or bathing.

In the medical and psychological world, the common “wisdom,” has been that dementia patients act out because their needs aren’t being met effectively. In my opinion, that is about as useful as claiming that an unaffectionate mother causes autism in her children, a commonplace idea in the 1950s. As I conduct my geriatric house calls, I often encounter elders who are receiving the absolute best care, and yet still act wild.

How can this be, if all bad behavior in dementia patients may be traced to “unmet needs”? I believe that in many cases, elders with dementia act inappropriately because their brain chemistry has changed.

If an elder has become angry or delusional or hyper-sexual or paranoid, very often those problems can be treated with low doses of psycho-active medications. See the Medications section of the Elderconsult website for more information.